Ned Kahn is an artist from Northern California who incorporates the use of natural elements such as wind and light into his artworks. He loves to replicate the forms and forces of nature and works with complex natural systems, many of which require air as a current. Here are 15 architectural wonders by Ned Kahn where he combines his art with metal & wind to create beautiful structures:

Designed in collaboration with Freese and Nichols, the artwork is located in the center of a new traffic roundabout in Fort Worth. The 30-foot tall sculpture consists of a series of curved tubes that support a cylindrical cable net. Attached to the cable net are thousands of wind-animated elements that respond to the passing breezes and fierce storms that the region is known for. Completed in 2015, the artwork was commissioned by the Arts Council of Fort Worth & Tarrant County.

A 60-foot tall by 600-foot long cable net structure composed of tens of thousands of hinged aluminum elements that sway in the wind. The net forms the backdrop for a new urban plaza that weaves the new ballpark into the urban fabric. The project was a collaboration with landscape architect Tom Oslund and Associates. Completed in 2010.

This 5000 square-meter facade of a new parking structure at the airport is covered with 250,000 hinged aluminum panels that sway in the breeze. The panels are perforated and anodized to render a photograph of a mast of a sailing ship reflected in water. The photograph of this man-made line distorted by the turbulent surface of water was taken in the nearby Brisbane River. As wind animates the facade, the huge photographic rendering is further distorted by nature. The installation, which was a collaboration with UAP, is one of the largest works of art in Australia. Completed in 2012.

All four sides of the huge Debenham’s store were wrapped in a kinetic skin that responds to the wind and light. The installation, which consists of 187,000 perforated aluminum panels, was designed in collaboration with Archial Architects and installed in 2014.

This artwork consists of 200,000 mirrored disks which respond to the air currents generated by passing trains and the natural wind passing through the BART Station at the San Francisco Airport. The stainless steel disks encircle a 55′ diameter by 12′ deep hole in the main level of the station, through which escalators and stairs run. The myriad of tiny mirrors reflect colors from people’s clothing as they pass through the portal, creating an ever-changing mosaic of light, sculpted by the wind. This project was a collaboration with the architectural firm, MBT and involved extensive coordination with BART and the general contractor for the airport. Funded by the San Francisco Arts Commission, the artwork was completed in 2003.

A series of wind-animated vertical fins fabricated out of brushed aluminum are integrated into the design of a glass curtain wall. The fins are mounted on tilted hinges so that when there is no wind they come to rest perpendicular to the plane of the windows. When there is wind, the metal fins sway like grasses in a breeze or the dorsal fin of a huge fish. The gentle movement of the aluminum panels and the way they reflect light and colors from the sky and surrounding urban landscape gives the artwork a porous and gossamer feel. Completed in 2012.

A collaboration with the architecture firm, Cepezed, on the design of the entry facade of the Dutch Water Departments new headquarters in Utrecht. Intended to suggest a transparent vertical plane of water, the artwork consists of thousands of clear plastic panels suspended from a minimal stainless steel cable net so that they undulate in the wind. The panels are almost invisible until they move and catch light and color from the sky. The artwork is intended to complement the facade of the building which is made out of semitransparent, “cushions” of ETFE plastic that are pressurized with air.

Four vertical acres of the glass facade of a hotel lobby was covered with a cable net structure composed of a half a million hinged elements that sway in the wind and reveal the patterns of the wind. The artwork, a collaboration with architect Moshe Safdie, functions as a shade for the lobby, blocking 50% of the sunlight and heat. The overall shape of the cable net is a huge triangle, 200-feet tall at the top and over a1000-feet long. 70 miles of 1/8-inch cables are strung vertically across the facade, spaced every 6-inches. The wind-animated elements clamp to adjacent cables. Completed in 2011.

A series of 7, 30’ tall, aluminum and stainless structures that turn in the wind and serve as a symbolic hinge between the Milwaukee Art Museum and the new Discovery World / Pier Wisconsin complex. The surfaces of the sculptures are covered by thousands of small stainless steel disks that ripple in the wind. Ball bearings in the support columns allow the sculptures to rotate and reveal the direction of the wind. Hand wheels on the support columns also let viewers turn the the sculptures and interact with the artwork. The columns are surrounded by a series of benches that can be played like a xylophone and a musical instrument that is played by dropping pebbles through a matrix of stainless steel nails.

An array of 1008 small, extruded acrylic turbines that spin in the wind. The translucent white plastic surfaces capture light and shadow as the turbines respond to the passing breezes. Even though each turbine is free to spin independently, adjacent turbines sometimes align into organized patterns.

An 80’ tall by 450’ long facade of a parking structure was covered with a series of undulating metal screens evocative of grain silos. The corrugated and perforated stainless steel screens that form the silo structures were designed to allow ventilation of the parking structure while creating a visual screen. A 16’ tall band, composed of thousands of wind-activated, 6-inch diameter stainless steel disks, runs the entire length of the facade, rising and falling with the contours of the silos. The polished surfaces of the disks capture the colors of the sky and sunlight.

A 260’ long by 6-story tall facade of a new parking garage in Charlotte, North Carolina was covered with 80,000 small aluminum panels that are hinged to move freely in the wind. Viewed from the outside, the entire wall of the building appears to move in the wind and creates the impression of waves in a field of metallic grass. Inside the building, intricate patterns of light and shadow, similar to the way light filters through the leaves of trees, are projected onto the walls and floor as sunlight passes through this kinetic membrane. In addition to revealing the ever-changing patterns of the invisible wind, the artwork was designed to provide ventilation and shade for the interior of the parking garage. Commissioned by Bank of America. Completed in August, 2000.

Installed on the new public plaza between the main terminal and the new hotel and convention center, the artwork consists of 18,500 counter-weighted aluminum elements that sway like tall grasses in the wind. People can walk through the middle of the field of moving “grasses” and also view it from inside the terminal and from hotel windows. The project was realized in collaboration with the architectural firm Gensler and was completed in 2015.

A kinetic shade structure for the new Robert B. Green Clinical Pavilion in San Antonio. Composed of 5029 tilted aluminum vanes that sway in the wind, the artwork seeks to dissolve the boundary between architecture and atmosphere, linking the building to the ever-changing and normally invisible currents of air. Developed in collaboration with Overland Partners and RTKL Architecture. Completed in 2012.

A wind-animated cube that reveals a “volume” of wind instead of a plane. The volume of the cube is filled with multiple layers of anodized aluminum vanes that rotate and reveal the ever-changing directions of the wind and alter the light porosity of the artwork. Completed in 2005.

A 25-foot tall by 110-foot long, wind-activated artwork that consists of 3960, 9”x 9” squares of aluminum chainmail. These hanging panels of metallic fabric are extremely lightweight and responsive to subtle changes in the wind. The kinetic facade extends inside the building and covers a floor to ceiling wall inside the lobby where it is animated by the ventilation system of the building. The artwork was designed in collaboration with Davis Davis Architects in San Diego.

Need Help with Your Dream Home?

We don't sell any products or services, We will connect you with the relevant professional.

Our Goal Is to give you all the information you need to build your dream home. Do you have a specific question? write to me at nikhil@homebanao.com

You may also want to read 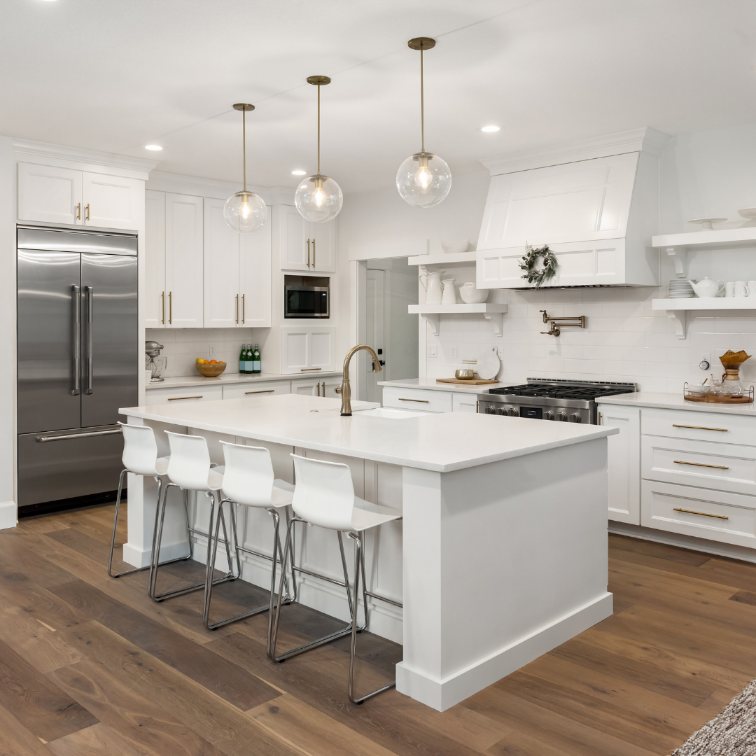 BELIEVE IT OR NOT, VASTU WILL CHANGE YOUR WORLD 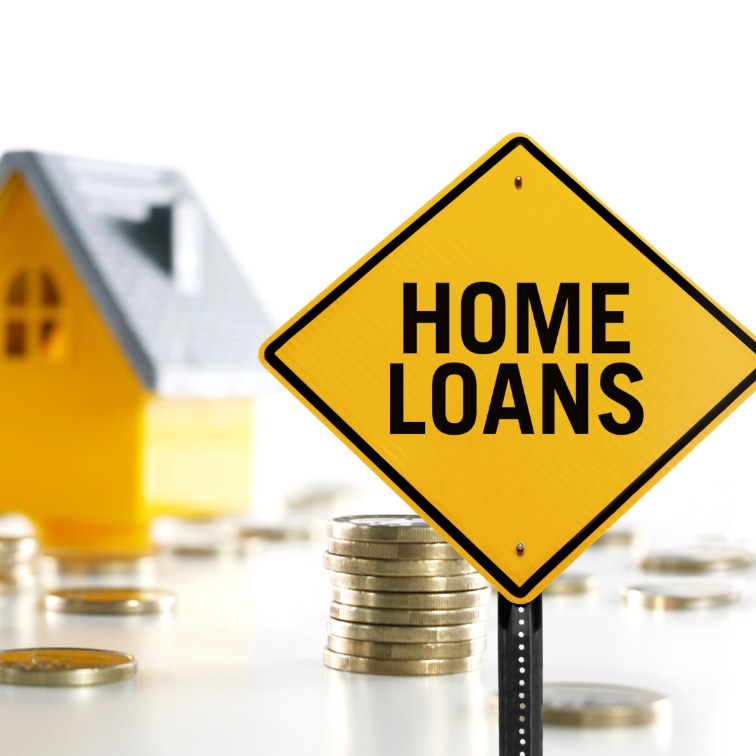